"The City That Made Chicago Famous"

Illinois is the nation's most populous inland state. Its successful growth is due in large part to the Illinois and Michigan Canal, a revolutionary development that linked the Great Lakes to the Illinois and Mississippi rivers. The Canal was vital to the development of the great City of Chicago and to the economic development of the Midwest; the Canal also fostered the growth of the small settlement that became the City of Lockport. The beautiful Des Plaines River Valley was a portage site for the Des Plaines River for the Miami and Potawatomi, and famed explorers Joliet and Marquette traversed the region on their journeys.

The first permanent settler in this region was Armstead Runyon, who built a homestead along Fiddyment Creek in 1830. A small settlement that took the name Runyonstown developed here; but this was a region destined for greater things. Chief Engineer William Gooding, working to complete the Illinois and Michigan Canal, realized that the site, which is 40 feet higher than Joliet, had great water-power potential. In 1837, Gooding oversaw construction of the Canal's headquarters building here, and Illinois and Michigan Canal commissioners platted and named the Town of Lockport.

Lockport thrived in its early days as the canal's headquarters and as an agricultural processing center. As the first navigable link between the Great Lakes region and the Mississippi River, the canal played an enormous role in the economic growth of Illinois and the Midwest; at the height of the canal's prosperity, its headquarters was second in importance in Illinois only to the state capitol building. In the canal's heyday, Lockport saw the construction of dozens of flour mills, grain warehouses and boatyards, as well as the creation of great amounts of wealth for savvy entrepreneurs. Lockport was incorporated as a town in 1853. The arrival of the Chicago and Alton Railroad in 1858 was the catalyst for even more growth in agricultural trade.

At the Close of the 19th Century

At the close of the 19th century, construction of the Sanitary and Ship Canal and the Calumet-Sag Channel ended the grain trade on the Illinois and Michigan Canal. However, the downward turn in Lockport's fortunes did not last long, and the region's economy revived after 1911 with the construction of the Texas Company's refinery on the north side of Lockport. Additionally, the arrival of commuter train travel to Chicago and the birth of the Chicago and Joliet Interurban Electric Railway helped ensure Lockport's survival after its incorporation as a city in 1904.

The importance of the Illinois and Michigan Canal and Lockport to the economic vitality of Illinois cannot be overstated. As a direct waterway link between the Great Lakes and the Mississippi River, the canal helped to cement Chicago's dominance over St. Louis as the center of Midwestern trade and, thereby, Lockport's legacy as "the city that made Chicago famous."

Rapid Growth & A Storied Past

Today, Lockport is a thriving city of more than 20,000 that's rapidly growing and looking toward the future. But Lockport's residents and leaders are also determined to preserve its storied past. Lockport is leading the way in preserving and promoting the history of the Illinois and Michigan Canal Corridor, which is becoming a living history museum celebrating American enterprise and invention. The headquarters building of the Canal Commission, a National Historic Landmark, today serves as the home of the Illinois and Michigan Canal Museum. The native stone warehouses of the canal's heyday still stand, as does the first lock built on this vital waterway. The city is also actively working to preserve and promote the historic downtown district, which boasts many significant structures.

Because of proactive efforts dating back several years, the city of Lockport is one of the best-preserved canal sites in existence today. This unique chapter in American history is being maintained for the illumination and pride of residents of all of Illinois, today and for generations to come.

In the early 1900s, a local Lockport man by the name of H.H. Carter went about downtown Lockport and shot a number of magnificent images of local residents.

It's rare to see such candid images of people from the era and the images are a great treasure to Lockport. The full collection is housed at Lewis University and can be viewed by appointment. Contact John Lamb via email at the University for more information or by phone at (815) 836-5579. 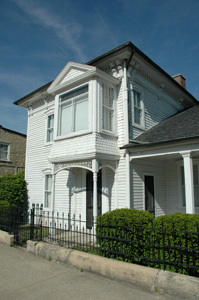 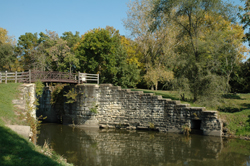 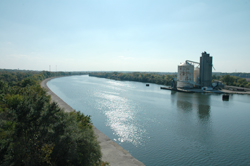 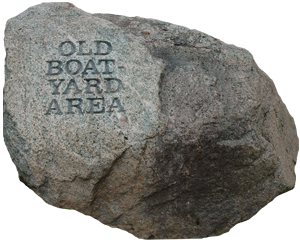